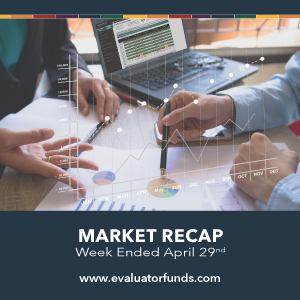 There was no relief for the stock market in April on the heels of a tough first quarter. The major indexes were all down for the month, with the NASDAQ sustaining the biggest decline at more than 13% its worst month since October 2008 amid broad weakness for technology stocks. The S&P 500 was down nearly 9% and the Dow almost 5%.

The U.S. economy reversed course in this year’s first quarter, when it shrank at an annual rate of 1.4% after posting full-year growth of 5.7% in 2021. While many economists believe the first-quarter setback was temporary, it marked the worst quarterly GDP result since the second quarter of 2020, when the pandemic triggered a brief recession.

In addition to a monthly jobs report scheduled to be released on Friday, the new week’s agenda includes a policy meeting of the U.S. Federal Reserve that concludes on Wednesday. Policymakers are widely expected to approve an interest-rate increase of half a percentage point—twice as big as the quarter-point increase approved in mid-March.