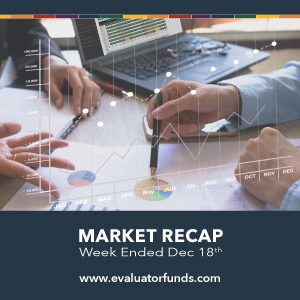 Small-cap stocks outperformed their large-cap peers by a wide margin, as the Russell 2000 Index, a small-cap benchmark, climbed around 3% for the week. The gain left the index just 30 points shy of the 2,000-point level, a threshold that the Russell 2000 has never before crossed.

The S&P 500 and the Dow recorded modest gains that offset the previous week’s small declines, while the NASDAQ recorded a solid rise of more than 3%. The major indexes rallied to record highs amid optimism over congressional stimulus relief, but they lost some ground Friday as the outlook faded.

The U.S. Federal Reserve Board kept interest rates unchanged while committing to continue buying about $120 billion in government bonds each month to help fuel economic recovery. In its latest policy statement, the central bank explicitly tied its bond-buying program to its goals of full employment and stable inflation.

Stock buyback activity rose nearly 15% in the third quarter compared with this year’s second quarter, when the impact of the pandemic weighed on share repurchases. Buybacks at companies in the S&P 500 rose to nearly $102 billion, according to S&P Dow Jones Indices, which expects a further increase in the fourth quarter.