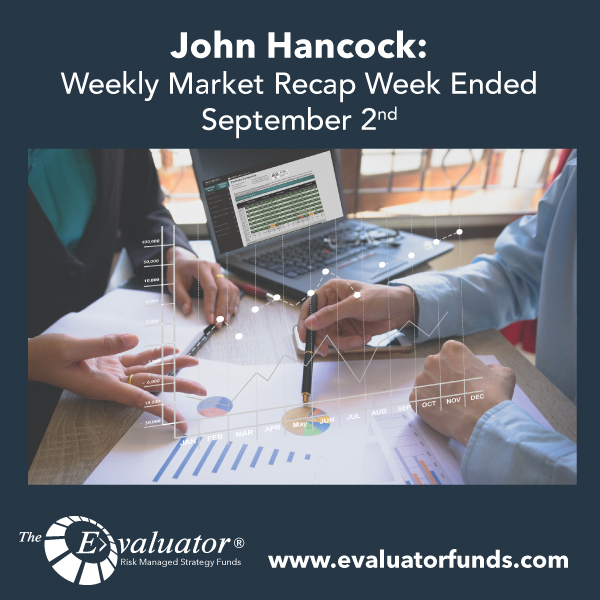 The U.S. labor market didn’t generate new jobs in August at the same rapid clip that it did in July, but the latest month’s gain of 315,000 was slightly above most economists’ expectations. The unemployment rate rose to 3.7% from 3.5%, but that increase stemmed in part from a rise in Americans entering the labor force by seeking employment.

Companies in the S&P 500 posted an average second-quarter earnings gain of 6% over the same quarter a year earlier, according to FactSet data from the recently concluded earnings season. That result marked the slowest growth rate since the fourth quarter of 2020. For the second quarter in a row, energy was the strongest among all 11 sectors, with earnings growth of 293% in the latest quarter.

Growing expectations for further sharp interest-rate increases weighed on prices of U.S. government bonds, sending the yield of the 10-year U.S. Treasury bond up for the fifth week in a row. The yield climbed to around 3.20% on Friday, up from 2.64% at the end of July.

Before closing the week at 3.40%, the yield of the 2-year U.S. Treasury bond on Thursday climbed to 3.52%, the highest level since 2007. The 2-year yield is especially sensitive to the near-term outlook for U.S. Federal Reserve policy and expectations for another big interest-rate increase to be announced on September 21.