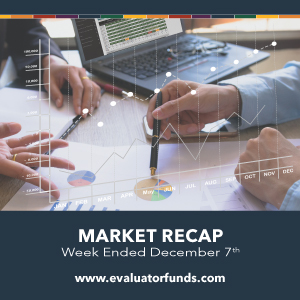 Stocks have been unable to maintain consistent direction for more than a few days at a time since the S&P 500 hit a record high on September 20. Since then, the market has recorded three steep declines followed by three partial or full recoveries. Overall, the index is down about 10% from its record and nearly 2% below its year-end 2017 level.

The sell-off has been deeper in many overseas equity markets than in the United States. Germany’s main benchmark fell into a bear market on Thursday when it dropped 20% below its level of late January. Other markets that have recently entered bear territory include China, Italy, and South Korea.

The yield curve for the U.S. Treasury bond market showed evidence of inverting for the first time in more than a decade, when the yield of the 5-year note on Tuesday dropped below the yields for notes maturing in 2 and 3 years. Historically, instances of shorter-term debt yielding more than longer-term debt have typically preceded recessions.

The 155,000 new jobs that the U.S. economy generated last month fell short of most economists’ expectations, but Friday’s labor market report was solid in other respects. The unemployment rate remained near a 50-year low of 3.7% while wages climbed at an annual rate of 3.1%.