Municipal Bonds On The Rebound 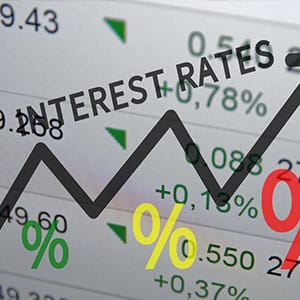 Interest rates were volatile in May, with the 10-year Treasury yield moving north of 3% by the middle of the month to its highest level since 2011. (Bond prices fall as rates rise.) But increased geopolitical uncertainty pushed rates lower by month end, helping the municipal market post strong returns as demand for the asset class recovered from recent seasonal weakness. The broad S&P Municipal Bond Index gained 1.13% in May, bringing its year-to-date return to -0.15%.

After five consecutive weeks of tax-time outflows from municipal mutual funds, demand turned positive at the beginning of May and remains firm overall. Muni supply has continued to pick up from the extremely depressed levels seen earlier in the year, but remains below historical norms. That said, the “norm” for issuance is likely to reset lower given the elimination of the tax exemption for advanced refundings.

As the month of June kicks off the summer, many investors expect it to be the start of the seasonally favorable period of net negative supply. But in actuality, June has been, on average, the third worst month of the year for muni performance due to a large month-over-month increase in gross issuance. Given the current rebound from the depressed issuance in early 2018, the possibility of a stark pickup in gross supply could pressure muni performance in June ahead of the more favorable July-August period. This dynamic could be further exacerbated should there be a reversal from the late-May decline in interest rates and corresponding rise in muni bond prices.

We maintain a slightly short of neutral stance on duration (interest rate risk) with a barbell yield curve strategy to take advantage of curve steepness, liquidity and improving relative valuations. We prefer lower-rated investment grade credits for their ability to generate income, and we remain neutral on high yield given tight valuations.